If you feel like Pasta, in Buenos Aires we will tell you which are the 5 best restaurants where you can eat, buy and order handmade Italian pasta.

Overcoming preconceptions and prejudices, which want vegan foods as mere alternatives that recall, more or less vaguely, the flavor of the product they are inspired by and from which they often derive their name: the new frontier of vegan nutrition is increasingly oriented towards quality, in the awareness that a product of exclusively vegetable origin is above all a food, prepared with its ingredients and its processing, which can be consumed by everyone and anyone who appreciates its flavor. And, as we will see, vegan cheeses fit this description perfectly.

The new generation of vegan cheeses is very far from the classic stigma that accompanies foods without animal derivatives and dairy-free, ie that they are essentially symbols of a “vocation to deprivation” typical of those who choose the vegan diet. These products, in fact, surprise for the refinement of the production system and, above all, for the final taste, which puts them at the same level, if not sometimes even above, of the “counterparts” from an organoleptic point of view.

Furthermore, in many cases vegan cheeses are free of cholesterol, lactose, and casein, and contain fewer calories and fat than the classic cow’s milk cheese, thus proving also ideal for a slimming diet or for a more prudent regime.

And one should not think of a contemporary fashion: in reality, the first document attesting the attempt to make cheese not based on animal milk dates back to 1896, when for religious-food reasons John Harvey Kellogg (the father of the homonymous company in breakfast cereals) invented Nuttose, food based on cooked peanuts that could be used as a substitute for cheese or meat.

How are vegan cheeses

In addition to vegetarian cheeses (which however contain animal derivatives), there are many 100% vegetable cheeses on the market that are designed for vegans, but more generally also for celiacs, those who are intolerant or allergic to lactose, want to vary their diet, those who look for low-fat alternatives or is curious to experiment with new tastes to alternate in the weekly diet and so on.

Generally, these products are fermented just like the classic variants and are produced starting from completely natural ingredients and using technologies and experiments associated with traditional cheesemaking techniques, frequently avoiding the use of additives and chemical flavors to favor the process.

To facilitate the understanding of the offer, Eater – one of the bibles of the US diet – has proposed a standardization that divides vegan cheeses into three macro-categories according to quality, taste, and texture.

Industrial cheeses made with vegetable oils, starches, and flavor enhancers, which are the lowest quality level, with a plastic consistency and indefinite flavor.

Cheeses derived from the fermentation of vegetable milk – from hazelnut to oats – to which are added probiotics and enzymes. They are superior, qualitatively better and tastier, and can offer addictive textures and flavors in terms of creaminess and taste.

Vegan artisanal cheeses, made with dairy processing techniques that have nothing to envy to the classic ones (molds, inoculations, care, flavorings), usually applied to cashews and dried fruit, which lead to the creation of products with a defined character.

The increase in demand is also driving towards these increasingly better and higher quality productions: according to the Eurispes 2020 research, today more than 2% of Italians are vegan (while almost 7% are vegetarians), and the figure is growing significantly constant year over year.

The market data is also relevant: according to the Veganok Observatory, only between March and September 2020 (in full lockdown), the number of vegan products distributed in large-scale distribution grew by 3.1%, while sales grew by +5.1 %. More generally, the analyzes of international observers indicate that the global plant-based meat market alone exceeded $ 3 billion in 2019, with annual growth estimates of 19.4% from 2020 to 2027.

In short, the market is growing and so are the tastes, needs, and awareness of the modern consumer, who is no longer limited to looking for a product that echoes – in name, taste, texture, and appearance – a food “Normal”, but he wants quality food because he is attentive to the ingredients and the origin of the products he brings to the table. Furthermore, the equally relevant issue of food intolerances, especially lactose and gluten, is another element that leads to the choice of “free-from” and plant-based foods, which is the most immediate and often tasty answer to the problem.

Speaking of the market, however, we cannot fail to mention the decision of the European Parliament, which confirmed, for producers of substitute foods in the dairy market, the ban on using names that imitate or evoke dairy products. This means that the very diction vegan cheese is “wrong”, even if it has now entered the common lexicon.

What are vegan cheeses?

Until recently, saying vegan cheese meant referring only to tofu, food prepared with the curdling of soybean juice and declined in various forms, different in characteristics, uses, and consistency.

Today, as mentioned, the producers have equipped themselves to propose different and surprising solutions: among the Italian brands engaged in the production of alternatives to cheese there are Sayve and Cicioni, which have the Veganok certification and use 100% vegetable ingredients. Also very interesting is the range of Vegand’or vegetable cheeses, which proposes formulations of vegan recipes linked to the Mediterranean tradition such as Vegand’or Fiorito (a 100% vegetable Camembert made from the hot spinning dough), Vegand’or Filante (the vegan mozzarella ), or the Vegand’or Stagionato (possible substitute for Parmesan and Grana, totally gluten-free).

Another Italian company, Dall’Albero, proposes itself as a “vegetable fermenter” and offers a complete range of vegetable alternatives to cheese, handcrafted in Italy with traditional techniques. To date, there are about 20 types of products, from fresh cheeses to spreads to seasoned and molded cheeses.

Still remaining with the national producers, it is also worth mentioning Verys, which offers a line of “fresh vegetable alternatives” such as Strachicco (vegan version of stracchino) or Chiccotta (ricotta), derived from the sprouting of rice. From the same ingredient comes the MozzaRisella, created by another manufacturer, which is a vegan version of the classic mozzarella, just as greedy and stringy, while the ” No Muh ” line of Vegusto, a vegetable alternative to cheese available, is inspired (also) by Parmesan. in many variations, one of the first to appear on the national market.

Finally, for those looking for quick solutions and not disdaining more industrial productions. We remind you that many brands have opted for vegan proposals that can also be found in the classic retail outlets; one of the most popular products is Tenerotta Valsoia, 100% vegetable ricotta of the well-known brand, which can be used without distinction for all recipes that require the use of the original ingredient, both raw and cooked.

You may also like to read, 3 Surprising Uses for Cottonseed Oil 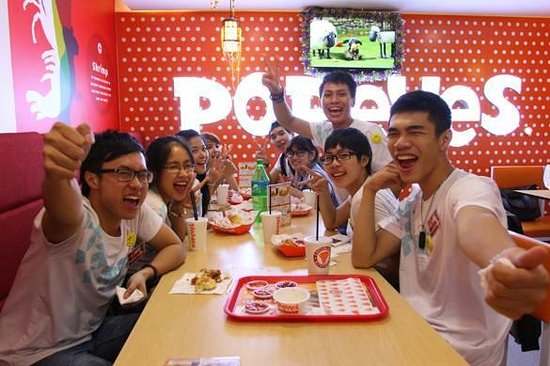 Chicken is normally regarded highly by most cooks due to its appeal which is widespread and the various advantages it has over other menus. Versatile, economical, and easily available, chicken might just be the perfect ingredient for every day, easy recipes as well as for entertaining. You will also find it starring in most of sought after ethnic and regional recipes from chicken parmesan, chicken masala, and sesame chicken, chicken enchiladas, to chicken fried steak, dumplings and chicken. Don’t forget about the oven-fried chicken drumsticks.

When you check out Popeyes Menu at KitchenLTO.com, you will learn that not all chicken is created equally. With some tricks and tips, you will be in position to create some lip-smacking fried chicken which will have everyone wanting to steal your secrets from you. Whether you are making chicken for a picnic outing or for a dinner at home, the below measures will ensure that you will be in a position to create great improvements in your fried chicken.

Chicken boasts of a nutritional profile which is positive. It is low in cholesterol and fat and high in protein. It contains zero carbs and thus, making it a perfect piece for eating healthy.